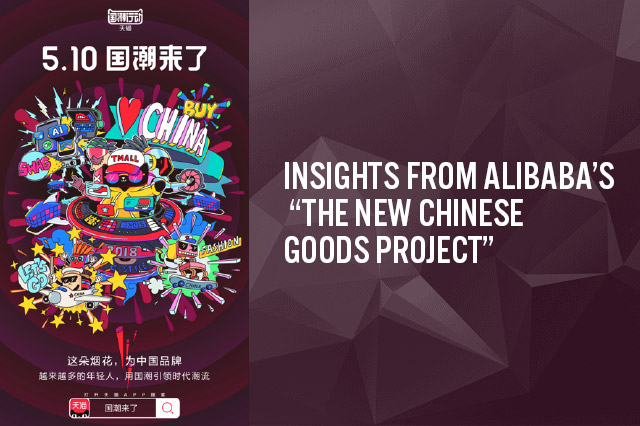 Alibaba Group launched “The New Chinese Goods Project” on May 10.


Alibaba set five goals to empower Chinese brands, including helping 700,000 Chinese brands to sell overseas through Tmall Global, Lazada and AliExpress.
Chinese “traditional” brands, defined as “intangible cultural heritage brands” or “time-honored brands” by Alibaba, are becoming “young” and growing fast in the online channel.
Chinese brands are attracting younger generations (those born in the 1980s, 1990s and even the 2000s) more than older shoppers.

In particular, Alibaba has an ambitious goal of sending Chinese brands overseas. Alibaba’s confidence comes from its several years of experience operating and leading several brands overseas. For example, it has helped Chinese skincare brands such as Da Bao and Unifon to conduct cross-border sales through AliExpress. After expanding to Europe and the US, in March, AliExpress announced that it would partner with 1,000 Chinese beauty brands and help transform them from trade-oriented to brand-oriented companies.


Starting in April, Alibaba-owned Lazada, the largest e-commerce platform in Southeast Asia, simplified the process for Chinese merchants to sell overseas. Cross-border sellers no longer need an invitation to sell goods on the platform but can submit applications using a self-service system. Once the review is completed, they can become Lazada merchants.

Alibaba defines “traditional” Chinese brands as “intangible cultural heritage brands” or “time-honored brands”. According to Alibaba, among the total of 1,128 China’s “time-honored brands”, 70% have opened stores on Tmall or Taobao. And 46 of those brands have had sales over 100 million purchase orders in 2018. The “intangible cultural heritage brands” include more than 10 Chinese cultural institutions including the Palace Museum (Forbidden City), whose brand has launched several products including lipstick.

Meanwhile, traditional brands are adapting to the trends and needs of the younger generation. Many young consumers are seeking more unique, character-driven and identifiable design. Some Chinese brands have incorporated modern aesthetic elements into their culturally rich brand design; other Chinese brands are aiming to be trendy and have an international focus — for example, Li Ning appearing in international fashion shows and winning international recognition. This has brought huge success and attraction to young consumers esp. those born in the 1990s and 2000s.