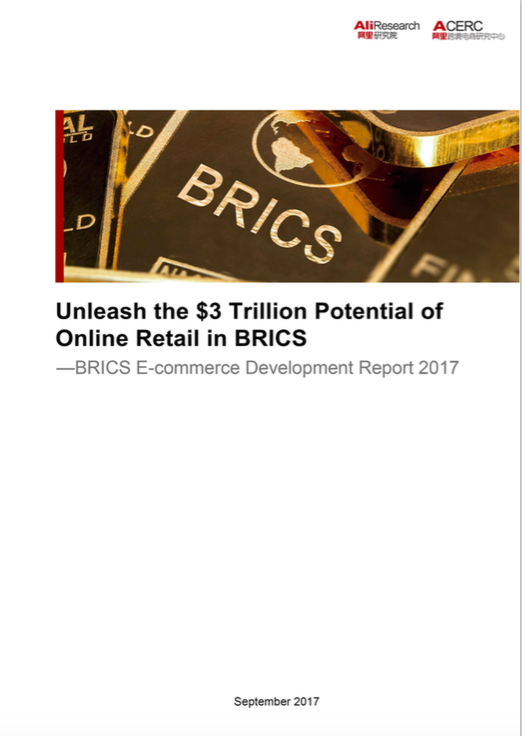 • E-commerce grows rapidly in BRICS due to improvement of internet infrastructure and widespread adoption of smart phones. E-commerce has emerged as the new growth engine and opened up a historical opportunity for economic and social development in those countries.

• By 2022, the number of online shoppers in BRICS is expected to reach 1,350 million, accounting for 61% of the global online shoppers. BRICS’s online retail sales will rise to $3 trillion, contributing 59% of the world total; in particular, BRICS will consist of 41% of global cross-border online retail with the sales climbing to $553.6 billion.

• eWTP (Electronic World Trade Platform) initiative, proposed by Jack Ma, Executive Chairman of Alibaba Group, is designed to facilitate development of e-commerce and digital economy around the globe, incubate global trade rules fitting the internet era, and help MSMEs and developing countries. It’s hoped that in the years to come, the business communities of BRICS could further enhance communication and cooperation in the field of advancing eWTP Initiative, strengthening e-commerce cooperation, promoting digital economy infrastructure, and consequently make substantial contributions to realizing the inclusive growth for all people of BRICS and the whole world.